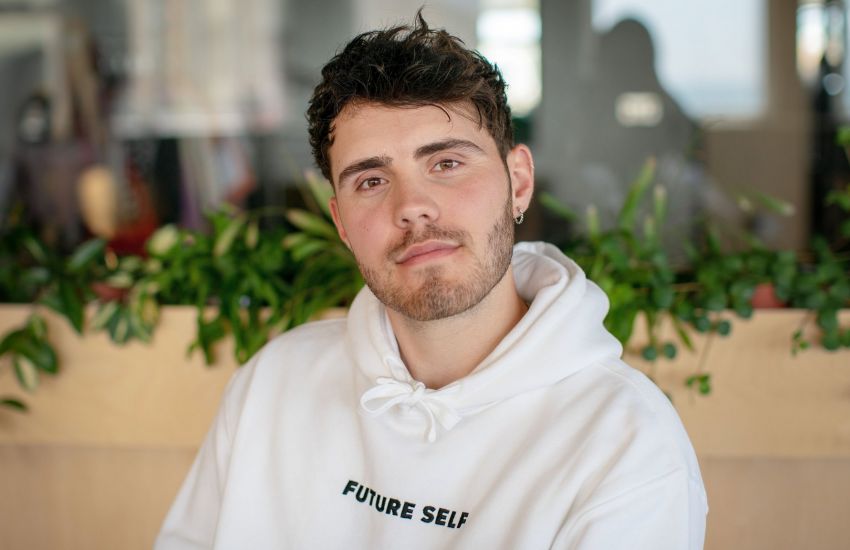 How old is Alfie Deyes?

Alfie was born on September 17, 1993, in Enfield, London. He is a 27-year-old man with a hardworking personality. His parents are Amanda and Nick Deyes, and he has a sister named Emma Poppy Deyes. Similarly, when he was four years old, his family moved to Brighton, East Sussex.

In early 2013, he moved into a flat in London with YouTuber Casper Lee. In October of 2014, he returned to Brighton with his girlfriend, Zoe Sugg. The couple moved to a larger seven-bedroom house in June 2017 after purchasing it in July 2015 and renovating it over several months. His nationality is British.

He is dating YouTuber Zoe Sugg. Likewise, the couple has been together since October 2012. They also moved into a flat in London in early 2013. They got a black Pug named Nala shortly after moving in together. Furthermore, Deyes and Sugg frequently collaborate on video projects. They live together and have a great relationship.

In 2018, Deyes posted a video titled, Living on £1 for 24 Hours, in which he aimed to spend only £1 for a full day. He received a lot of negative feedback and comments from fans and news outlets. They claimed he made a mockery of poverty.

On June 18, 2018, Deyes posted a video to his vlogging channel titled Let’s talk about £1. In this video, he apologized for everything he did in the original video and claimed he didn’t mean to mock poverty in any way.

What is the Height of Alfie Deyes?

Awards and Nominations of Alfie Deyes

Deyes was a member of the “Guinness World Records” in 2013 and held several world records. Deyes was named one of the most influential people in Britain in the New Media Category by Debrett’s 500 in 2015.

In 2014 and 2015, he was nominated for a Teen Choice Award for Best Web Collaboration, as well as for Nickelodeon Kid’s Choice Awards, BBC Radio 1 Teen Awards, UK Favorite Vlogger, and Best British Vlogger.