Carole Baskin is an animal rights activist and the founder of Big Cat Rescue, an animal shelter. Carole Baskin’s appearance in the docuseries Tiger King drew new attention to her cause. Similarly, it emphasized her feud with Joe Exotic and the loss of her second husband.

How old is Carole Baskin?

Carole Baskin was born on June 6, 1961, in San Antonio, Texas. Carole Stairs is her given name. Gemini is her astrological sign. She will be 59 years old in 2021.

Similarly, she was born into a low-income family to Vernon Charles Stairs (father) and Mary Barbara Jean Norris Stairs (mother). Carole was her parents’ only child. Despite their hardship, they encouraged her to pursue her dreams, but she left her home at the age of 15 to live on her own. She spent nights sleeping under cars and going without food after leaving her home at the age of 15.

How much is Carole Baskin’s net worth?

Carole Baskin, 58, has made a good living as an animal rights activist and zookeeper. As the CEO of the “Big Cat Rescue” zoo, she has amassed a fortune worth millions of dollars, and her net worth is estimated to be around $20 million. Similarly, she is the sole owner of her late husband’s million-dollar estate, Jack Donald Lewis. Similarly, following the release of Tiger King, she accused the directors of using deceptive tactics.

She stated in a public interview that she hoped the series would be successful.“would expose the misery caused by the rampant breeding of big-cat cubs for cub petting exploitation, as well as the horrible life the cats lead in roadside zoos and backyards if they survive.”

She was disappointed because the program, in her opinion, had “the sole goal of being as salacious and sensational as possible in order to draw viewers.” The directors contended that Baskin had freely disclosed information about her personal life.

Some viewers have pointed out that Tiger King’s editing and narrative choices did not favor Baskin. Accusations and insinuations about her role in her husband’s death have been widely publicized. She is not given the opportunity to respond to the allegations made against her. Baskin told the Tampa Bay Times that she had received several death threats following the release of Tiger King.

Who is Carole Baskin married to?

Carole Baskin was married three times in her life. Carole first married Mike Murdock, whom she met when she ran away from home. Baskin married when she was 17 years old and had a daughter named Jamie Veronica Murdock.

Mike was allegedly so possessive and disrespectful of her that he wouldn’t even let her go out. But one night, 19-year-old Carole fled, and while walking down the highway, she met a man named Bob Martin, with whom she spent the night platonically at a hotel.

Baskin quickly fell in love with him. Later, it was revealed to be Jack Donald Lewis. Lewis was a self-made millionaire who adored animals. Similarly, Lewis divorced his first wife in order to marry Carole.

Lewis was 22 years older than Baskin. Lewis was 42 years old and Baskin was 20 years old when they married. They married in 1991 and settled in Tampa, Florida. Lewis, on the other hand, went missing and was never found, so he was declared dead.

Baskin was said to be the one who murdered him. Joe Exotic, her rival, also created a video song in which he depicted a woman murdering her husband in order to tease Baskin. Baskin inherited all of Lewis’s assets after he was never discovered.

Howard Baskin, her third partner, is now her husband. Carole met Howard, a management consultant, in 2002. They began dating, married on a beach, and honeymooned in the Virgin Islands two years later.

How tall is Carole Baskin?

Carole Baskin is a stunning white lady in her late fifties. She has light skin, blue eyes, and blonde hair. She stands 5ft 4in (1.62 m) tall and weighs approximately 56kg. She has an overall body measurement of 34-30-36 inches, a bra size of 34A, and a shoe size of 7. 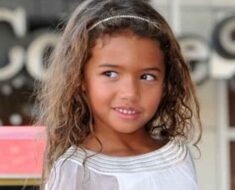 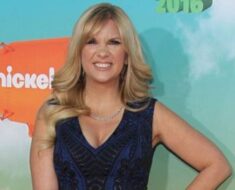 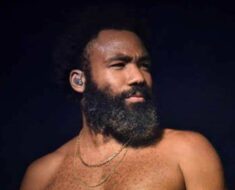 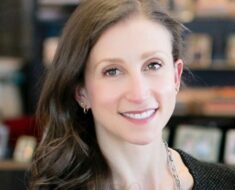