Chris Martin is a well-known British singer and songwriter who is best known as a member of the band Coldplay. Chris Martin also works as a music producer. He rose to fame after his marriage to Gwyneth Paltrow, a Hollywood actress, but the couple divorced.

How old is Chris Martin?

Christopher Anthony, John Martin Martin was born on March 2, 1977. Martin is 43 years old and from Exeter, Devon, England. He is the eldest of five children. His father’s name is Anthony John Martin, and he is a retired chartered accountant who lives in Whitestone House in Exeter. Chris’ mother, Alison Martin, is a music teacher from Zimbabwe.

Martins of Exeter is the name of Chris’ family’s caravan and motorhome sales company. In 1929, his grandfather, John Besley Martin, CBE (a High Sheriff-also the Mayor of Exeter in 1968), founded it. In 1999, his father sold the company to a former employee. More specifically, Chris’s great-great-grandfather is William Willett. He advocated for and helped to establish daylight saving time.

Who is the Girlfriend of Chris Martin?

Dakota Johnson, an American actress and model, is Chris Martin’s current girlfriend. They are said to have been dating since October of last year. Previously, the Coldplay frontman was married to Gwyneth Paltrow, an American actress, singer, author, and businesswoman. Let’s get into the specifics of the famous singer’s love life!Chris Martin, the Coldplay singer, consciously divorced his ten-year partner Gwyneth Paltrow in 2014, and his dating life became decidedly more private. Martin appears to have found long-term love with Dakota Johnson, after previously dating Jennifer Lawrence and Annabelle Wallis. They celebrated three years together this past October, despite keeping their relationship quiet.

When Johnson and Martin were spotted having dinner at Sushi Park in Los Angeles in October 2017, rumors of a romance began to circulate. The couple appeared “cozy, laughing, and affectionate” during the outing, according to People. Dakota Johnson was then spotted at Coldplay’s concert in Buenos Aires, Argentina, in November. Similarly, many sources told Us Weekly in December that the couple was dating. This claim/news was strengthened when they were photographed together at Nick Cave’s concert in Israel.

People obtained photos of the couple at Malibu’s Soho House in January 2018. They discovered the couple walking on the beach in Malibu a week later, with a source saying they had spent the majority of the weekend together. Later that month, the actress’s father, Don Johnson, appeared to confirm her relationship with Digital Spy. The couple later attended Ellen DeGeneres’ 60th birthday party in February. Gwyneth Paltrow and her fiancé Brad Falchuk are also attending the event.

In June 2018, the two were seen walking Johnson’s dog, Zeppelin, around Malibu. The couple was photographed at a Radiohead concert in Boston in July by a Twitter user. According to reports, they were on a double date with Aaron Paul and his wife, Lauren, from Breaking Bad. Similarly, Chris Martin appeared at the Global Citizen Festival in New York City in September to support Dakota Johnson. Furthermore, E! noted his presence in the audience as Dakota Johnson spoke onstage about the importance of sharing stories of sexual assault.

As further evidence of their love, the lovers got matching tattoos. When E! photographed Johnson at the Venice Film Festival, they noticed the similar ink. An infinity sign tattoo with two Xs adorned her left elbow. Martin had been seen with the same tattoo in a similar location at an event in Los Angeles a few days prior.Following that, The Sun reported in June 2019 that the couple had divorced the previous month. Then, in August, a Twitter user spotted the couple together at a wrap party for the actress’s upcoming film, Covers, and the rumor of their breakup died down. Us Weekly confirmed the couple’s reunion a short time later. Dakota Johnson’s mother also made a statement about her daughter’s relationship with Martin in September

Furthermore, Chris’ ex-wife, Gwyneth Paltrow, continued to support her ex-relationship husband’s in the new year. Gwyneth had nothing but kind words for Dakota Johnson in a cover story interview with Harper’s Bazaar. As she put it,

When Chris Martin and Dakota Johnson were released from quarantine, they made a rare public appearance together a few days later. On March 31, the photographers captured the couple walking their dog arm in arm through Malibu.

In terms of previous relationships, Chris Martin was previously linked to Natalie Imbruglia, an Australian-British singer-songwriter, model, and actress. In the year 2000, the couple was a couple. Then, on December 5, 2003, the Coldplay frontman married Gwyneth Paltrow. The couple was married until their divorce was finalized on July 14, 2016. After a year of dating, they married and were together for ten years. Apple Blythe Alison and Moses Bruce Anthony are the names of this former couple’s two children.

Furthermore, in October 2009 and May 2014, the singer was linked to Kate Bosworth and Alexa Chung. Chris then dated Jennifer Lawrence for a year, from June 2014 to May 2015. He was also in a relationship with Annabelle Wallis since August 2015, but the couple divorced two years later, in 2017. More rumors have surfaced regarding his relationships with celebrities such as Dua Lipa in 2019 and Kylie Minogue in 2015.

In October 2018, TMZ reported that Chris Martin and Dakota Johnson were throwing a gender reveal party at his house. The images of blue and pink balloon arches fueled speculation about the couple’s pregnancy. Both of Johnson’s parents, including mother Melanie Griffith, attended the event, as did celebrities such as Sean Penn and Julia Roberts.

However, the actress’s representative denied the rumors to Us Weekly shortly after they surfaced. They also clarified that the celebrations were for a birthday party and not for any sort of gender reveal. Dakota Johnson confirmed this sentiment on Ellen’s show the following month. “Well, the only thing I’m pregnant with is a lot of really good ideas,” Johnson explained. However, there are no babies.” 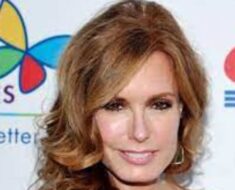 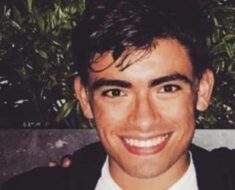 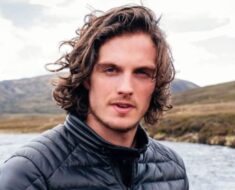 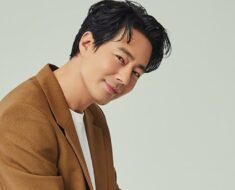