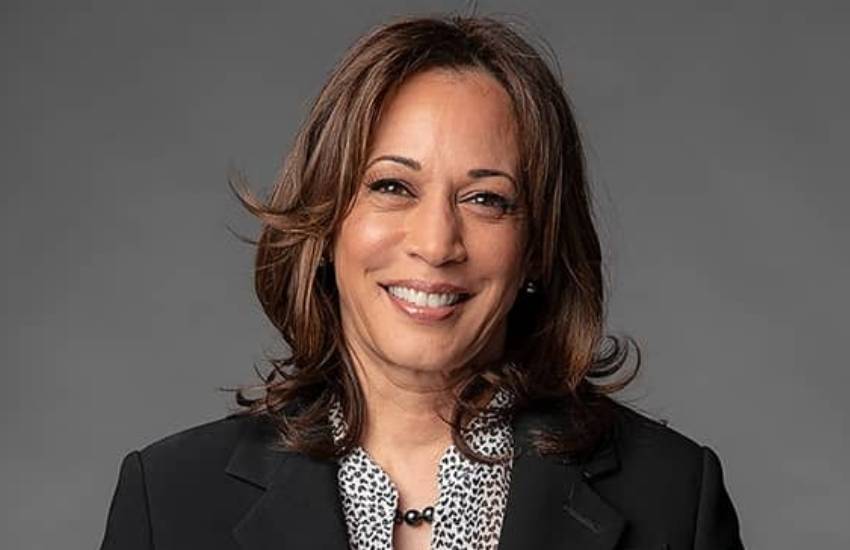 Kamala Harris is an American politician and lawyer who is the vice president-elect of the United States.

Where was Kamala Harris born?

Kamala Harris is 56 years old and was born on October 20, 1964, in Oakland, California, United States. Her full name is Kamala Devi Harris. Her father’s name is Donald Harris (Jamaican), and her mother’s name is Shyamala Gopalan Harris (Indian). She has one sibling, a sister named Maya Harris. Harris is a Christian, and her zodiac sign is Virgo. She is of mixed (Jamaican-Indian) ethnicity.

Her father is a Jamaican who taught at Stanford University, and her mother is the daughter of an Indian diplomat and a breast cancer researcher. Maya, her younger sister, later became a public policy advocate. Her sister is an MSNBC political analyst, and her brother-in-law is Tony West, Uber’s general counsel and a former US Department of Justice senior official.

Furthermore, her mother used to ensure that Kamala and her younger sister, Maya, maintained ties to their Indian heritage by raising them with Hindu beliefs and taking them to her home country every couple of years. Her parents divorced when she was 12, and she moved to Montreal, Quebec, Canada, with her mother and sister.

During her time in Quebec, she even learned French and demonstrated her burgeoning political instincts by organizing a protest against a building owner who refused to allow neighborhood kids to play on the lawn.

Kamala attended Westmount High School in Washington, D.C. She was elected to the student council. She joined the debate team while studying for a B.A. in political science and economics. She graduated from Howard University in 1986. Hastings College granted her a law degree in 1989.

Harris is a married woman. On August 22, 2014, in Santa Barbara, California, she married lawyer Douglas Emhoff. She is even the stepmother of his two children, Ella and Cole. Douglas Emhoff met Kamala on a blind date. Later, he divorced her wife and married Kamala.

Which Political Party Kamala Harris is member of?

She is a member of the Democratic Party and will take office alongside President-elect Joe Biden on January 20, 2021, after defeating incumbent President Donald Trump and Vice President Mike Pence in the 2020 presidential election. Kamala was the first Indian American and the second African American woman to serve in the United States Senate. Harris served as the state’s attorney general from 2011 to 2017.

From 1990 to 1998, Kamala worked as a deputy district attorney in Oakland after graduating from college. As she prosecuted cases involving gang violence, drug trafficking, and sexual abuse, she earned a reputation for toughness.

In 2003, she defeated her boss, Terence Hallinanto, to become a San Francisco district attorney. Her objectives in this role include the launch of the “Back on Track” initiative, which aims to reduce recidivism by providing job training and other educational programs to low-level offenders.

In 2004, she was chastised for keeping a campaign pledge. And had refused to seek the death penalty for a gang member convicted in the 2004 killing of police officer Isaac Espinoza. Harris then rose through the ranks, eventually becoming district attorney in 2004.

In 2010, she was narrowly elected as California’s attorney general, winning by less than 1% of the vote and becoming the state’s first female and African American attorney general. In California, she defeated Steve Colley for General. As well as being re-elected against Ronald Gold.

Similarly, she had made an immediate impact in her new role by withdrawing from settlement negotiations. She had obtained the country’s five largest financial institutions for improper mortgage practices as a result of this, eventually receiving a $20 million payout in 2012, which was five times the initial proposed figure for her state.

Instead, she pressed California’s case and won a five-fold increase in the original offer in 2012. Her refusal to defend Proposition 8, which prohibited same-sex marriage in the state, in 2008 aided in its repeal in 2013. Harris’ book, Smart on Crime, which she co-wrote with Joan O’C. Hamilton in 2009, became a model for dealing with the problem of criminal recidivism.

Furthermore, Kamala delivered a memorable speech at the Democratic National Convention in 2012, which helped raise her national profile. She was widely regarded as a rising star within the party when she was recruited to run for the U.S. Senate seat held by Barbara Boxer, who was retiring. Harris declared her candidacy in early 2015, and she has since been on the campaign trail.

She advocated for immigration and criminal-justice reforms, raises in the minimum wage, and protection of women’s reproductive rights. Later, she easily won the 2016 election. She joined the chamber’s Homeland Security and Governmental Affairs Committee, Select Committee on Intelligence, Judiciary Committee, and Budget Committee in 2016.

She has even advocated for a single-payer healthcare system and introduced legislation to increase access to outdoor recreation sites in urban areas while also providing financial relief in the face of rising housing costs.

Aside from these, she has made a name for herself as a member of the Judiciary Committee, particularly for her pointed questioning of Brett Kavanaugh. She had mentioned that who faced sexual assault allegations after being nominated for Supreme Court justice in 2018. As well as of then-Attorney General Jeff Sessions during a 2017 hearing into alleged collusion between the Trump campaign and Russian agents.

During a Martin Luther King Jr. Day interview on Good Morning America in 2019, she announced her candidacy for President of the United States in 2020. She had even joined a field that included Massachusetts Senator Elizabeth Warren and New York Senator Kirsten Gillibrand in a bid to force President Donald Trump out of the White House after only one term.

After one week, she announced that she was formally launching her campaign in front of an estimated 20,000 supporters at Frank Ogawa Plaza in Oakland, California.

Similarly, despite the controversy, she remained near the top of the Democratic polls in the following weeks. It had been ensured when she admitted to smoking marijuana in a February interview, and another when an animal rights activist confronted her onstage at a political event in June.

Aside from that, she was one of the top performers at the first Democratic primary debate in late June. At the event, she made headlines for taking Joe Biden to task for his history of opposing federal busing for school integration. As of 2019, she was attempting to re-enter the top tier by calling for Trump’s impeachment over his dealings with Ukraine and focusing on women’s access to reproductive health care.

Unfortunately, her campaign staff reportedly squabbled over strategy and the chain of command, as evidenced by a resignation letter from the state operations director obtained by The New York Times. By December, she had announced the end of her once-promising presidential campaign.