Marcus Smart is an American professional basketball player who currently plays for the Boston Celtics of the National Basketball Association (NBA). Marcus Smart played college basketball for the Oklahoma State Cowboys before being drafted with the sixth overall pick in the 2014 NBA Draft.

How old is Marcus Smart?

Marcus Osmond Smart was born on March 6, 1994, in Lancaster, Texas. Billy Frank and Camellia Smart, his parents, raised him. In terms of nationality, he is American and of the Afro-American ethnic group. Furthermore, he is 26 years old and was born under the sign of Pisces. He grew up with his siblings, Michael Smart, Jeff Westbrook, and Todd Westbrook.

Education and College of Marcus Smart

Marcus Smart attended Edward S. Marcus High School in Texas, where he was a member of the high school basketball team. During his high school career, he averaged 15.1 points and 9.2 rebounds.

He was also a McDonald’s All-American and an ESPN first-team American. Marcus Smart attended Oklahoma State University after graduating from high school and played basketball for the Oklahoma State Cowboys.

Who is Marcus Smart Girlfriend?

Marcus has not disclosed any information about his dating history. He could be in a relationship or he could be single. He has not yet officially confirmed anyone as his girlfriend. Marcus has kept his personal life private from the general public. Likewise, he has not been involved in any rumors or controversies.

Estimated Net Worth of Marcus Smart

Marcus earns money by playing basketball in the NBA. Salary, bonuses, incentives, and contract extensions are his main sources of income.

How tall is Marcus Smart?

Marcus is 6 feet 3 inches tall and weighs about 100 kilograms. He has an athletic body type. He also has dreadlocks and dark brown eyes. His other body measurements are not available at this time. 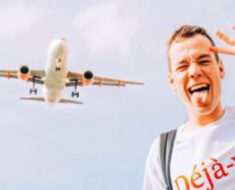 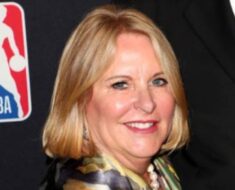