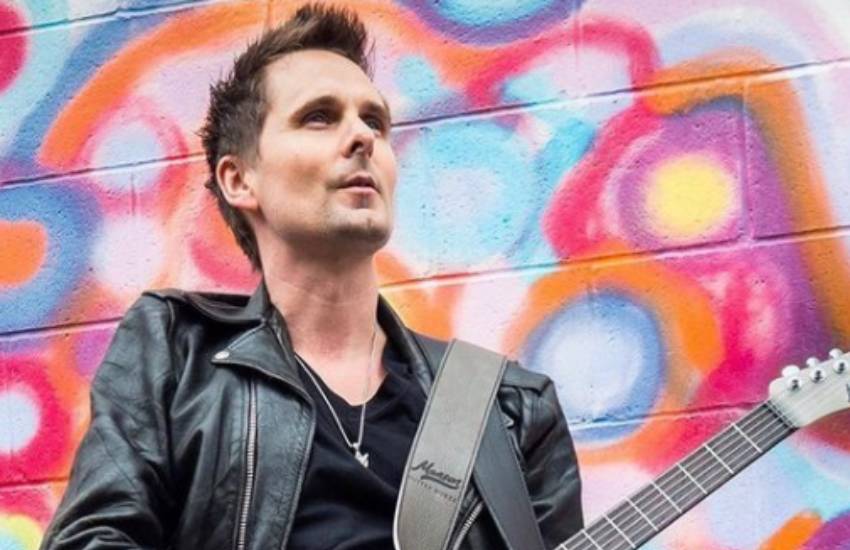 Matthew James Bellamy is better known as Matt Bellamy works as an English singer, musician, and songwriter. The musical artist is best known as the lead singer, guitarist, pianist, and primary songwriter of the rock band, Muse.

The English rock band from Teignmouth, Devon, was formed in 1994. It consists of Matt Bellamy, Chris Wolstenholme, and Dominic Howard. Even, Bellamy is recognized for his eccentric stage persona, wide tenor vocal range, and virtuoso abilities on the piano and guitar.

In Cambridge, England, Matthew James Bellamy was born on June 9, 1978. His family relocated to Devon, England’s southwest corner when he was a small child. George Bellamy, his father, was a member of the famous band “The Tornadoes.” It was the first British band to achieve a number-one single in the United States, according to reports.

When Matthew was still a kid, his parents divorced. His mother brought up him and his elder brother Paul. When he was six years old, he started playing the piano. His passion is music, however, did not become serious until he was 12 years old.
He was a member of a number of bands as a youngster before quitting them. After that, he joined the band ‘Gothic Plague.’ They renamed the band ‘Rocket Baby Dolls’ when some of the older members departed. Following their victory in the school’s “Battle of the Bands,” the band garnered considerable notoriety.

They then changed the band’s name to Muse in order to give them a more professional sound.

Mouse’s singer started dating Kate Hudson in 2010. His girlfriend was an American actress by profession. After being in a love affair, the pair chose the date April 2011 to tie the engagement ring. Their son, Bingham Hawn Bellamy was birthed in July 2011. In December 2014, the pair was announced that Bellamy and Hudson had ended their engagement.

In February 2015, the singer started to date American model Elle Evans. They announced their engagement in December 2017. They tied the wedding knot on 10 August 2019. In February 2020, his wife announced that she was expecting their first child. The pair welcomed a daughter, Lovella Dawn Bellamy who was born in June 2020.

Bellamy bought the home of tennis player Pete Sampras for $6.9 million in February 2017. It has a 6,900-square-foot (640 m2) estate located in the Brentwood area of Los Angeles.

The musical artist, Bellamy opened up in an interview with Q that he is a

He said in 2006 that he believed the 9/11 attacks were an inside job. However, in the year 2009, he told Rolling Stone that he did not believe this:

“There is loads of stuff on the Internet suggesting 9/11 was an inside job. But that is not my belief.”

Bellamy discussed being politically influenced by reading Confessions of an Economic Hitman by John Perkins on 17 September 2009. The singer expressed the book helped to inspire the song “Uprising” and shared his views that he feels lobbyists have undue influence on political systems and politicians.