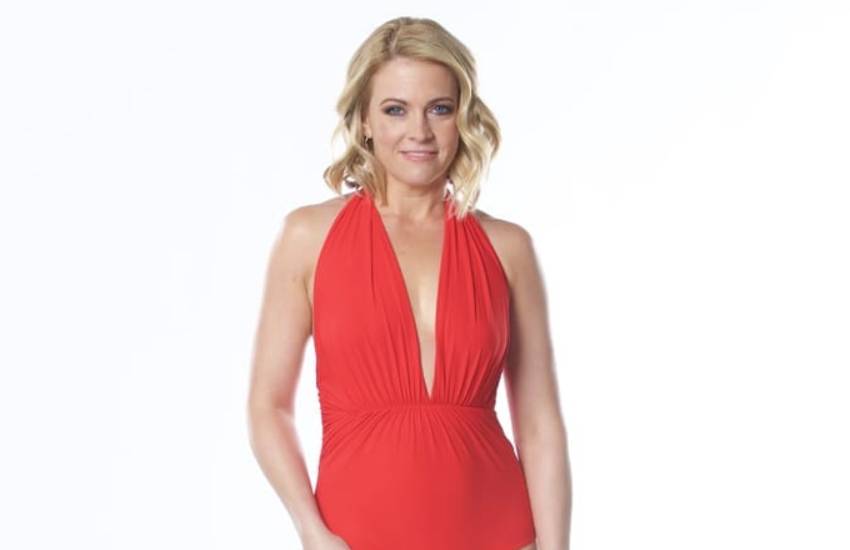 Melissa Joan Hart, an American actress, producer, and director. She gained her fame with her lead role in the television series Clarissa Explains It All, Sabrina the Teenage Witch, and Melissa & Joey.

She has also appeared in the films Drive Me Crazy, Nine Dead, and God’s Not Dead 2. Melissa won the  Young Artist Awards for her role in Sabrina the Teenage Witch and Clarissa Explains It All.

“Best Leading Young Actress” award winner, Melissa Joan Hart has earned a good amount of money from her acting career. The actress has a calculated net worth of around $14 million as of 2020. Hart estimates her main source of income is from her work as an actress, director, and producer.

The beautiful actress charges $25,000 per episode for her role as an actress in the TV series, Melissa & Joey produced by David Kendall. She sold out Sherman Oaks’ house at around $2.5 million.

The one-story Spanish-style house includes five bedrooms and five bathrooms in 4,911 square feet. There are fireplaces in the living room and hardwood floors, recessed lighting, master bedroom, and crown molding.

The actress, Hart has listed her residence for sale at $3.25 million but it was reduced to $2.85 million. Hart has a candy shop SweetHarts in Sheman Oaks, California. She opened her first shop in May 2009.

Sadly, the actress dismissed it in December 2011. The shop was sued by her former employee. It was permanently closed in the year 2015.

Melissa Joan Hart’s birthday is on 18th April, she was born on 18th April 1976 in Smithtown, New York, United States. She holds an American nationality and related to white ethnicity background.

She is the daughter of the producer as well as a manager mother, Paula Voje, and entrepreneur father, William Hart. She has four siblings namely they are Trisha, Elizabeth, Brian, and Emily. Hart also has half-siblings Alexandra, Samantha, and Mackenzie from her mother’s second marriage.

Melissa Joan Hart is a married woman since 2003. In 2002, the actress met her husband, Mark Wilkerson May 2002. Her husband is a musician by profession. Before marriage, the love bird spent their time dating for a year. They got married on 19th July 2003.