Sara Bareilles revealed on Instagram on Thursday, April 2, 2020, that she had COVID-19 during the previous few weeks of social isolation and is now fully recovered. Sara continues on her Instagram story, which she created while out walking:

“I’m just thinking about everyone who is going through this difficult time and sending a lot of love their way. And I’m just grateful for every easy breath and every day that I get to walk around.”

Sara Bareilles abruptly ended the London run of Waitress on March 14 due to the coronavirus pandemic, and she has since returned to the United States. During the March 22 benefit show, her co-star, Gavin Creel, told Rosie O’Donnell that he thought he had the virus. However, he chose to self-isolate rather than take a test. He later added that a cast member of the show had also tested positive for the virus after multiple performers became ill. However, it was not Sara Bareilles.

As a result of the outbreak, the duo’s show, Waitress, was canceled a week early, and both of them returned to New York City from London.

Sara Bareilles later clarified on Instagram that her case was very minor. She explained that she had a couple of rough days but was fine. And just in case her followers didn’t believe her, Sara posted “proof” in the form of a video of herself energetically dancing to September by Earth, Wind & Fire. She wrote:

Please enjoy how much better my dancing has gotten with all of this practice time. See how good it is? How touching! What a flexible creature! And how forward-thinking you are.

How old is Sara Bareilles?

Sara Bareilles was born on December 7, 1979, and she is now 40 years old. Sara Beth Bareilles is a native of Eureka, California, and her full name is Sara Beth Bareilles. Her parents are Paul Bareilles and Bonnie Halvorsen (née Capellas). Her mother works in a funeral home, while her father is an insurance adjuster and logger.

In terms of her siblings, she is the youngest of three girls. Her biological sisters are Stacey and Jennifer. They also have a half-sister named Melody. Sara recalls, “I grew up a fat girl.” I had to switch schools at one point because the kids were so cruel to me. I still feel like I don’t want anyone to notice anything about me.”

Sara Bareilles is of Italian, English, German, Portuguese, and French ancestry. Her father is of French, Italian, and Swiss-Italian descent. Similarly, her mother is three-quarters Portuguese, with the rest of her mother’s ancestors being English and German.

Sara is also fluent in Italian and spent a year in Italy. Likewise, she was raised as a Catholic. She also took part in the high school choir, Limited Edition, and local community theater musical productions. She also played Audrey in her high school’s production of Little Shop of Horrors.

She graduated from high school in 1998 and went on to study communication studies at the University of California, Los Angeles. She was a member of the co-ed a cappella group Awaken a Cappella there. We can hear her on their album Dysfunktional Family. She sang Gravity, an original song, and I Want You Back, a song by The Jackson 5. The group’s rendition of her song “Gravity” was included on the Best of College a Cappella 2004 compilation CD.

Sara Bareilles and Maroon 5 have known each other since their early days in California, when the band was known as Kara’s Flowers. Sara also won the annual UCLA Spring Sin student concert twice. She also taught herself to play the piano and all other instruments she has been seen playing.

Sara stayed in southern California after graduating from college in 2001 to pursue her dream of becoming a musician. Sara spent three years working the club scene, performing at open-mic nights, landing a few paid gigs, and eventually performing at festivals.

How much is Sara Bareilles’s net worth?

The singer-songwriter is estimated to have a net worth of $16 million. She earns money through her music and other activities.

Is Sara Bareilles dating someone?

Sara Bareilles met her current boyfriend, Joe Tippett, in August 2015. It was during an out-of-town tryout for Waitress at the American Repertory Theater in Cambridge, Massachusetts. The lovers made their first p

Achievements and Awards of Sara Bareilles

Sara also composed music and wrote lyrics for the Broadway musical Waitress. In 2016, she was nominated for a “Tony Award” for Best Original Score, as well as a “Grammy” for Best Musical Theatre Album.

Then, in April 2018, she received praise for her performance as Mary Magdalene in NBC’s live television concert adaptation of Andrew Lloyd Webber and Tim Rice’s rock opera Jesus Christ Superstar. Sara was nominated for a 2018 “Primetime Emmy Award” for Outstanding Supporting Actress in a Limited Series or Movie for her role in this.

Similarly, Sara Bareilles has sold over one million albums and over nine million singles and downloads in the United States. She has also received eight Grammy Award nominations. This includes one Album of the Year nomination for The Blessed Unrest in 2013.

In 2019, she won a Grammy for Best American Roots Performance for the song “Saint Honesty” from the album Amidst the Chaos. Then, in February 2012, VH1 ranked her 80th among the Top 100 Greatest Women in Music. Sara’s memoir, Sounds Like Me: My Life (So Far) in Song, was released in 2015. This memoir was also named a New York Times best-seller. 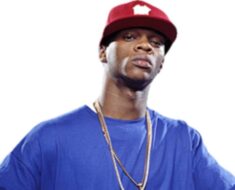 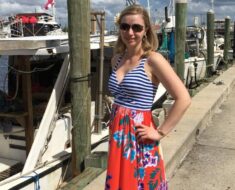 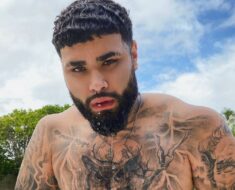 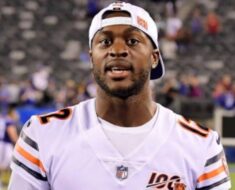 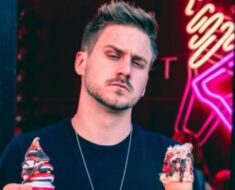