The ability to perform under pressure and consistently deliver when it matters most is the true mark of excellence in sports. As a result, the final two factors have been given a little more weight.

Let’s get right to it and look at the top ten football players of all time.

Michel Platini comes in at number ten. Zinedine Zidane, one of the best footballers of all time, may well be considered France’s greatest ever player. Platini was another improbably talented playmaker for Les Blues before the current Real Madrid manager worked his magic.

The diminutive playmaker had a long and fruitful career for club and country and is credited with making France a global superpower in football. Platini, who played as a number ten, saved his best performances for the most important matches of his career, scoring a number of crucial goals.

The Frenchman reached the pinnacle of his game when he led France to the European Championship title in 1984, winning the Ballon d’Or trophy three years in a row (1983, 1984, 1985). Platini, who was playing in his home country, captivated the nation with his incredible performances, scoring nine goals in just five games.

Johan Cruyff was the most influential player and person in the history of the sport. Cruyff had a distinguished career for both his club and national teams, playing some beautiful football along the way. He was a pioneer who brought the brilliant idea of “total football” to Ajax, Barcelona, and the Netherlands national team.

Cruyff first established his legacy at Ajax, where he played an integral role and led the Dutch giants to multiple league titles and three stunning European Championships, winning the Ballon d’Or three times in his incredible career (1971, 1973, and 1974).

Cruyff, on the other hand, is best known for the transformation he brought to Barcelona in the modern era. Cruyff is regarded as a cult hero for immediately leading the Catalan giants to their first league title in 14 years after joining them, and it was he who introduced the tiki-taka and beautiful football ethos to the Camp Nou.

You know a player is special when he plays for Barcelona, Real Madrid, Inter Milan, and AC Milan and still has no haters. Ronaldo Nazario, also known as ‘O Fenomeno,’ is arguably the greatest striker in the game’s history.

Since Ronaldo made his debut at Cruzeiro as a talented 17-year-old kid, there has been no doubt that the Brazilian forward was destined for greatness in the game. After tearing up European football at PSV, Ronaldo had arguably the best season of his career at Barcelona, where he cemented his reputation as one of the game’s all-time greats.

Alfredo Di Stefano, Real Madrid’s greatest ever player and a key figure in the club’s dominance in the 1950s, had a 20-year career during which he was consistently ranked among the best footballers in the world. Di Stefano is best known for his work with Real Madrid, where he scored 307 goals in 396 appearances and won 15 major titles, including five consecutive European titles.

Di Stefano was always at his best during the big matches, whether as a supporting striker or as an attacking midfielder alongside Puskas and Gento. He holds the record for being the only player to score in five European Cup finals. The Real Madrid legend’s best performance came in the 7-3 final victory over Eintracht Frankfurt, when he dominated the game and had complete control of the field.

Garrincha was an iconic number 7 for both Brazil and his club side Botafogo, having won two World Cups and being regarded as one of the most talented players ever. Garrincha entertained the Brazilian public with his skills, tricks, and flicks from 1953 to 1965, often bringing people pure joy with his unique style of play.

Garrincha debuted for Brazil in the 1958 World Cup and quickly established himself as one of the best players in the world, scoring and assisting numerous goals for teammates such as Vava and Pele. In the final, the legendary genius had two assists and was named man of the match for his incredible performance.

Zidane, the 1998 Ballon d’Or winner, had a stellar career at both Juventus and Real Madrid. However, it was his performance against Brazil in the 1998 World Cup final that cemented Zidane’s reputation as a true world-class player.

Zidane scored a brace of headed goals in the final to give France their long-awaited first World Cup victory over Brazil, making him an instant hero and icon. He followed that up with a sensational performance in Euro 2000, in which France won yet again and he was named player of the tournament.

In that fateful 1986 World Cup match against England, Diego Maradona’s entire persona as a player and a person was most likely captured. The Argentine maestro, a cunning genius, knotted up the English defense to score the greatest World Cup goal of all time.

Diego Maradona was a supremely talented footballer who could do things with the ball that mere mortals could only dream of. El Diego, who was not afraid to break the rules if it suited him, was unquestionably the star of Argentina’s famous triumph in 1986.

While his achievements for Argentina are well-known, Maradona also had a notable club career in Europe, first with Barcelona and then with Napoli. Despite the fact that the legendary playmaker only won a Copa Del Rey and a Supercopa Espana during his time at Barcelona, he put in some incredible performances, none more so than when he received a standing ovation from the notoriously hostile Santiago Bernabeu crowd.

Cristiano Ronaldo was discovered by Sir Alex Ferguson when he was a precociously talented kid at Sporting CP, and it was at Manchester United that the Portuguese superstar cemented his legacy as one of our generation’s greatest players. Ronaldo has become the single most recognizable name in world football today, thanks to his grit and determination, as well as his supreme talent.

While he established himself as a global superstar with Manchester United, he cemented his status as an all-time great with Real Madrid. Whether it was scoring the game-winning penalty in a Champions League final penalty shootout or scoring the game-winning goal in a Euro 2016 semi-final, Ronaldo has proven his worth time and time again. After switching from Real Madrid to Juventus in the summer of 2018, the five-time Ballon d’Or winner has continued to score goals.

After Ronaldinho’s departure, Messi quickly established himself as Barcelona’s main man and was the start of Pep Guardiola’s all-conquering Barcelona team in 2008-09.

Pele, the legendary Brazilian footballer, is widely considered the greatest player of all time. He has won the most World Cups of any player, which should be enough to justify his place at the top of this list.

Pele was not only the best goal scorer in the world, but he was also the center of attack for both his club and his country. His goal-scoring record is unrivaled; he is the only player in senior soccer history to score over 1200 goals. Pele, more than any other legend on this list, delivered his best performance when it counted.

Pele scored twice in the 1958 World Cup final against Sweden as the youngest player (17 years and 249 days) to score in a World Cup.

Despite the fact that he was only able to play in one match during the 1962 World Cup due to injury, he cemented his reputation as the greatest player of all time in 1970. Brazil dominated the tournament, and Pele was awarded the Golden Ball (Best Player) for his efforts. 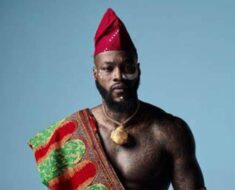 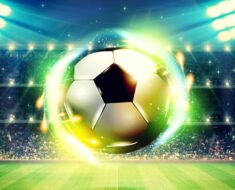